Jim Ford, a repo man, had to go take an elderly couples car. After he heard their story, he had to do something. “I go out and take cars,” Ford told reporters. He is co-owner of Illini Asset Recovery. His job as a repossession
Read More...

Bus drivers become experts at understanding the normal traffic patterns and environments of the streets their routes cover. Although bus drivers normally do not receive much credit for this useful knowledge, they often become the unspoken heroes in their communities for their keen observations.
Read More...

Sometimes it’s the little things that mean the most to people – like a simple shake of the hand. That’s exactly what happened during a San Jose Pat Tillman benefit run several years ago. Hundreds of runners approached a 95-year-old waving veteran named Joe
Read More...

Seeing a silent drill team execute their sequence with extraordinary precision is something that you just have to try to see in your lifetime. The silence is awe-inspiring as the Marine Corps’ best show off their incredible strength of will, leaving the enraptured audience
Read More...

Standard treatment is usually a spinal-correcting brace, depending on the age of the person affected, or surgery. No matter which route is taken, many studies have shown one vital component for healing this condition: exercise. (1) (2) This is how one grandmother took her
Read More...

Just because she is 90 years old doesn’t mean she needs help walking down the stairs, she prefers to go her own unique way. Her stage of life comes with all too many preconceived notions that people who are her age are just old
Read More...

The way the times are changing does not bode well for the Police. Those sworn to serve and protect are under the microscope more than ever. It’s too bad that the fine work of many seems to get lost when one incident steals the
Read More...

Good sportsmanship is something we love to see. Being a good sport is even more encouraging when it is evident throughout the sporting event and not merely after the game is over. That is something we were able to see during the ACC Cross
Read More...

Annabelle Weiss, 92, is proof that you’re never too old to adopt a dog. A yellow Labrador named Joe is a trained service dog that has helped the military veteran continue her spunky, adventurous life. At 92, Weiss has a fascinating story to tell.
Read More...

Releasing a trapped or injured wild animal is always a tricky situation. While the animal undoubtedly wants help, its instinct is to fight against you out of fear. Getting it to cooperate for the sake of its own life is a challenge that requires
Read More... 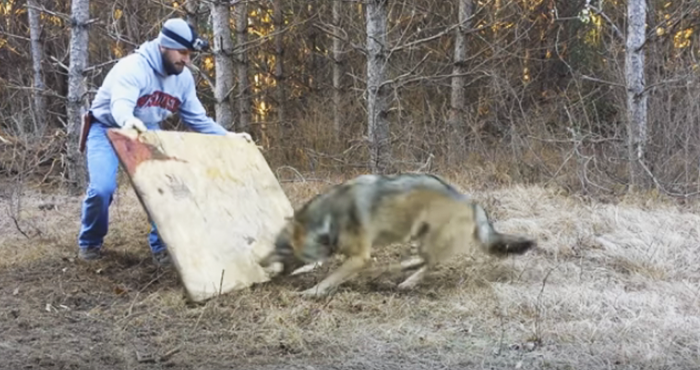