For children, going to Disneyland is a wish come true. But despite the magical visit, 4-year-old Alyssa just wanted her daddy to be there with her. Lieutenant Scott Brown, a Marine in Afghanistan, was about to make his daughter’s wish come true. “Turn your
Read More...

Parents are always delighted when their babies finally learn how to take their first steps. But for parents Zachary and Katie Henderson, their baby Sloan’s milestone is rather remarkable. At only 14 months, the little girl already knows how to balance herself on a
Read More...

Mom walks into her bedroom and is shocked by the sight she sees. She sees her adorable toddler standing beside her bedroom mirror. On the mirror, there’s clear red drawings and scribbles, presumably from Mom’s lipstick. It’s very clear that Mom caught the little
Read More...

Kiko the baby giraffe was found was found wandering alone in Meru National Park in Kenya by people traveling through the park. They knew the newborn animal needed immediate aid if he was to survive. After coordinating with the Meru Mobile Veterinary Unit, a
Read More...

There are few songs that get the crowd going quite like the Mark Ronson and Bruno Mars song “Uptown Funk.” With a nod to the grooves of the late ’60s, the first few notes are guaranteed to get even the most reluctant dancers on
Read More...

Just because she is 90 years old doesn’t mean she needs help walking down the stairs, she prefers to go her own unique way. Her stage of life comes with all too many preconceived notions that people who are her age are just old
Read More...

Last year, a year-old chihuahua mix named Chunky was found on the brink of death. After he was kidnapped by four teenagers, the poor pup had been subjected to some of the cruelest torture imaginable. They kicked and beat Chunky until his legs were
Read More...

Animal abuse is an serious problem in our country, and sadly one that many people are willing to overlook. So, when someone notices a case of animal abuse, it’s vital they report it to animal rescuers in their area. A woman in West Virginia
Read More...

One day, she decided to take a chance and emailed the New York City Ballet, one of the most prestigious ballet companies in the world, about creating a dance program for children with special needs. In no time, the company responded by creating four
Read More... 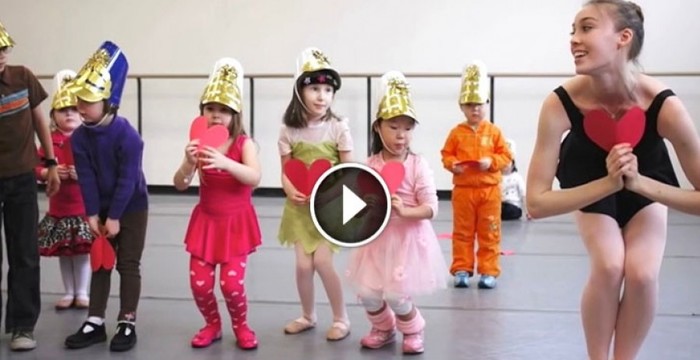