Home  »  Videos  »  Bad ass woman calmly puts down a baby, then beats the hell out of a robber who held a gun to her head
Click

This is both a case of one guy being a terrible criminal, and this woman being absolutely amazing.

Carrying a baby in her arms, this brave soul decides to take matters into her own hands–but not before making sure the baby was in a safe place.

Playing hero in this situation, or any situation that’s similar, is not advised. Still, she goes up to this loser, chastises him, and then beats him with the purse he probably demanded money from.

A scary moment as the gun appears to go off on her direction, but according to Independent.ie, the gun only fired blanks.

You knew this guy wasn’t really going to hurt anyone when she tried taking the gun from him the first time. Thankfully, along with the help of the guy throwing the stool he was sitting on, the robbery was thwarted and no one was hurt, with the exception of him hopefully. 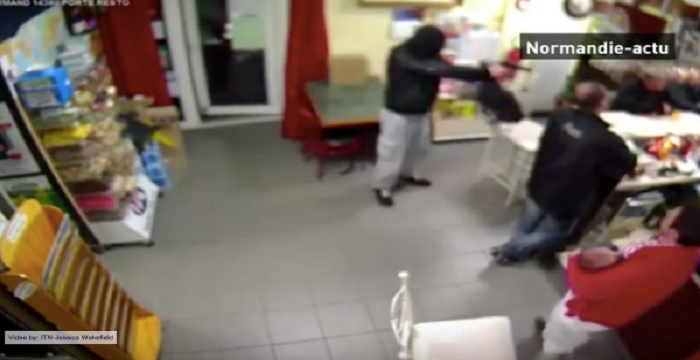