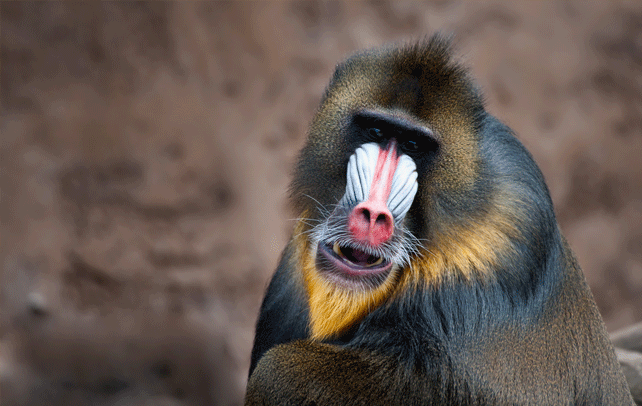 “No other member in the whole class of mammals is coloured in so extraordinary a manner as the adult male mandrills”—Chales Darwin
Red and blue coloured nose and multi-coloured back of mandrills make them the most attractive and beautiful creatures in the cercopithecidae family. Although their bright colours attract more attention and make them stand apart from other monkeys, their furry head crests, manes, and beards are also impressive. Male mandrills are more colourful and beautiful than their female counterparts as they have peculiar coloured noses and rumps while the females have dull parts. These colourful creatures are the inhabitants of tropical jungles in western central Africa. Female mandrills live in a large group while the male mandrills prefer to live alone except during the mating season. Read the subsection and collect some more information about mandrills.

Interesting And Fun Facts About Mandrill