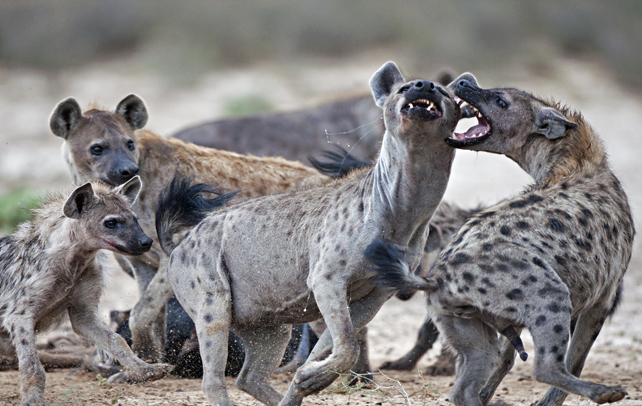 Hyenas inhabit parts of African and Asian continents that include typical savannah, thorn bust, and stony desert. Hyaenidae, the fourth smallest biological family of the carnivore order, belongs to hyenas. Though known to be gutless and run away when threatened by other animals, there have been instances where they have charged on animals and even on humans. Contrary to popular belief that hyena only scavenges on carcasses; it hunts 90-95% (especially spotted hyenas) of meal on its own. They have extremely powerful jaw that can rip open flesh and crush bones in no time. Regarded abominable and evil in many societies, hyenas, feature in many folklore and mythologies of human culture. Following lines tell few interesting facts about this creature.

Interesting And Fun Facts About Hyenas