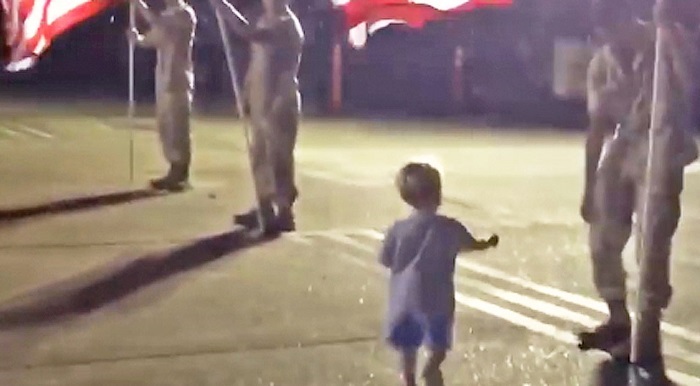 The Internet has been graced with plenty of incredible videos over the years, but this one might just be our favorite.

Two-year-old Sawyer Frederick saw military members lined up with American flags and what happened next is absolutely incredible.

According to ABC News, Sawyer’s dad works at the University of North Carolina as the assistant coach for the Men’s Basketball team. The team was traveling to Houston for their Final Four games, and the Frederick family joined them.

The team was greeted by members of the United States military and after watching his older brothers shake the hands of the troops, Sawyer wanted to as well.

Sawyer’s mom, Jocelyn, captured the sweet moment on camera and it has since gone completely VIRAL!

Sawyer walks up to each soldier and shakes their hand. He is likely too young to understand what he is really doing, but it probably meant a lot to the soldiers.

ABC also reports that Sawyer’s grandfather and great-grandfather served in the military. 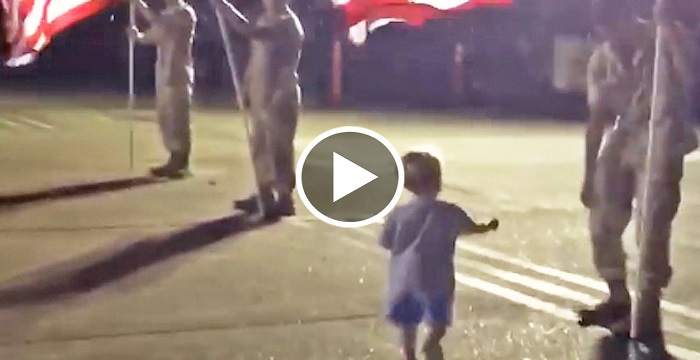